From a very young age, it’s vital for children to start exercising regularly. With smartphones, tablets, computers, and gaming consoles right at their beck and call, it’s tempting to leave it up to technology to entertain them for the rest of the day. That being said, there has to be a balance to combat this prevalent lifestyle. Staying indoors, constantly seated or lying down day and night can make kids more prone to health issues, like obesity, high cholesterol, and poor blood circulation.

Aside from reducing the risk of disease, regular physical activity has plenty of benefits. It’s good for mental stamina because it improves focus, enhances memory, and drives their body to produce endorphins, putting them in a good mood right after an activity. Playing outdoors also builds their immune systems, which aids in fighting off infections and allergies. Parents with younger kids will be especially glad to know that working out actually makes kids sleep better and longer.

It may be challenging to get them on board at first, since the idea of exercising doesn’t sound as enticing as watching a movie or playing a video game. However, that’s only at the start and there are ways to slowly get them engaged to it. One of the most effective ways is making exercise fun in their eyes.

A jump rope is an inexpensive piece of workout equipment that you can use in a variety of ways. Be patient with your little one as they get the hang of skipping in time, and once they’re confident, switch it up from two-footed jumps to single-leg jumps. Kids who don’t have the best coordination may struggle a bit. You can help them by swinging the rope for them until they’ve figured out how to hold it themselves.

Playing jump rope works out the calf, thigh, and leg muscles. It improves speed, coordination, and is an overall great way for kids to channel their energy into something productive. It’s important to note that kids with ADHD (Attention Deficit Hyperactivity Disorder) can greatly benefit from jump roping because they get to release restless energy.

With a little imagination, there’s a lot you can do with an agility ladder laid flat on the ground. Ladder drills are fun and challenging, and they improve your child's agility. Start simple: have them run through the length of the ladder, stepping into each square, one foot at a time. When they appear more confident and less likely to accidentally trip, introduce different drills to test their agility and speed.

For example, to “Climb the Ladder,” begin by standing at the foot of the ladder, not facing it, but sideways. Step into the first space with your right foot and let your left foot follow, without leaving the square. Then go to the next space, again with your right foot first and then your left foot next. Keep going through the squares until you reach the end, and do it again in the opposite direction, starting with the left foot instead of the right. This drill is similar to jumping in place and improves foot coordination.

Demonstrate these for your kids before having them try it. Be sure to guide them and to start slow to prevent accidents from happening.

The idea of a larger-than-life playground shouldn’t be too hard to sell to a kid, and that’s exactly what obstacle course racing offers. It’s a whole lot of running, climbing, pushing, pulling, and just having a good time without caring about getting dirty. Whether they prefer rough housing or chilling indoors, any child can benefit from getting into OCR. It sharpens their concentration, agility, and physical and mental endurance. While it’s a surefire way to develop their physical abilities, it’s also great for instilling important values in them such as perseverance and discipline.

OCR is a tough sport, but fans of all ages have quickly learned to embrace it. Even if they don’t have much of a competitive spirit, children can enjoy themselves as they conquer obstacles and make friends - which happens a lot as participants help each other out on the course.

Turning exercise into a fun game makes it more appealing to kids. Once you have that pinned down, they’ll be more than willing to try different workouts, and maybe even classes or races. Just keep encouraging them as they explore their physical limits. They get a good amount of physical activity, and you don’t even have to bribe or force them into doing it. Everybody wins! 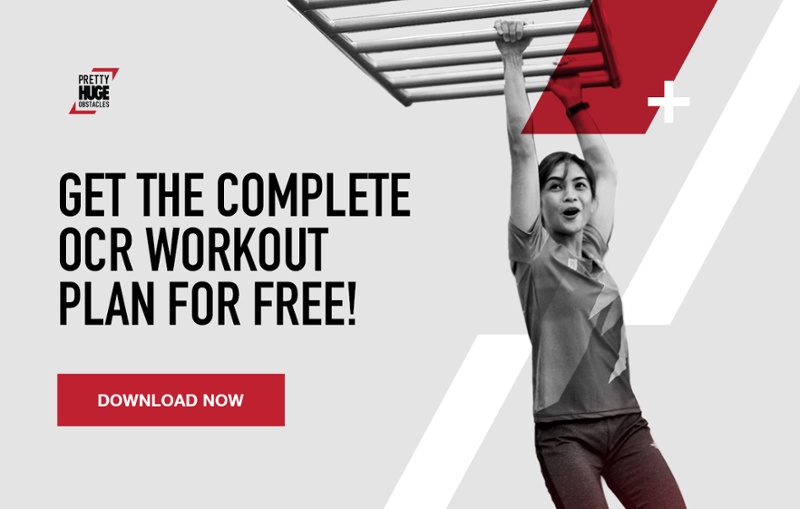 For membership, training program, and race event inquiries, contact us at: info@prettyhugeobstacles.com